There has been an avalanche of BMX Flatland lately, I had to devote this column to the splendor of BMX Flat. Last weekend was one of the busiest weekends of the year for contests and jams, especially in Europe. Here are results from the contests that were held at the end of September and early October: UK BMX Flat Championships, Parisiana Jam, Urban Waves in Belgium, and IOXC in Indonesia.


This Throwback video goes back to 2010 and the Flatland Finals at BMX Masters in Cologne, Germany. Adam Kun of Hungary won the BMX Flat title that year


Martti Kuoppa, BMX Flat legend and innovator, took the top spot at the UK Flatland Championships last weekend. Kuoppa “retired” in 2011, but returned to BMX Flat and completely killed it  at NEC Birmingham, UK on Sept 27, edging out Matthias Dandois. 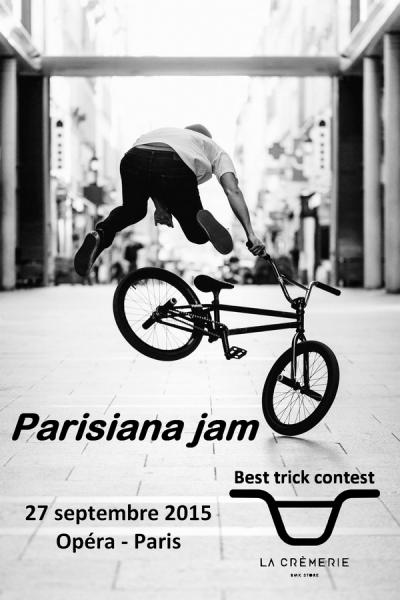 
There was also the Urban Waves Festival in Kortrijk, Belgium on September 27, 2015.

Matthias Dandois took the win,  then headed over to the UK Flat Championships.

Congratulations to Jean William Prevost holding onto the top spot in qualifying and finals at the 2015 Indonesia X-Sports Championships, (IOXC) BMX Flat contest held at Telkom University in Bandung, West Java, Indonesia. The action sports event held October 2-4 2015 attracted over 300 athletes from Europe the Americas and Asia and included in-line skating as well as skateboarding in addition to BMX Park and Flatland. IOXC is now the biggest action sports festival in Southeast Asia.