This week I couldn't resist serving up an all-skateboarding column!

Luan Oliveira won his second straight Street League Series Skateboarding at the Prudential Center, Newark New Jersey on August 24. Oliveira was dialed in, landing amazing trick combinations,including a 360 flip noseslide bigspin. Even when Oliveira had first place locked ahead of Nyjah Huston, he didn’t take it easy. Instead, on his last turn, Oliveira landed a switch tre flip down the Big Section 10-stair set and the Prudential Center erupted.

Fyfe is such a smooth, stylish skater with tons of pop, just great to watch. Pop some popcorn for this, give it a quick view and savor the pop, and how buttery his skating is, indeed. Enjoy!

Created by John Galbreth and Brad Smith, this skateboarding app for iPhone and on Google Play gives skaters the opportunity to connect with and compete against other skaters in a real-life  based game.

Skaters playing ZonedIn progress through 10 different levels by watching a video of a pro skater doing tricks, trying the trick and recording it, then posting the recording on social media to have other players rate the performance.


Damn Am Select Series, Woodward, PA, USA went off August 27-29, with skateboarding contests in street and Mini MegaRamp. Over 60 hungry ams battled it out to be in the top twelve for a chance at the title and a trip to the prestigious Tampa Am in November. Josh Douglas of Boca Raton, Florida came out on top, with a deep bag of tricks and smooth lines all over the course. Douglas has the honors of not only winning Damn Am Woodward, but also going straight to the semifinals of the Tampa Am at the legendary Skatepark of Tampa.


Damn Am Woodward “Thanks for Nothing” Awards 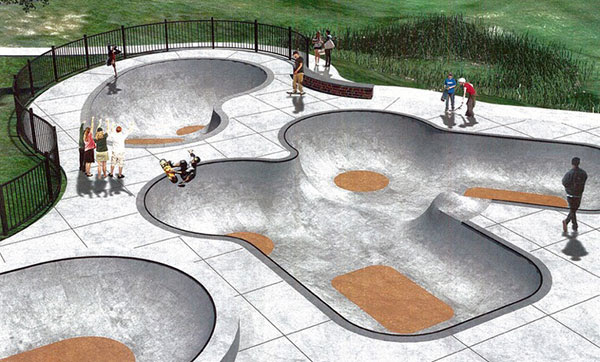 
For more information about the Tony Hawk Foundation, including its Skatepark Grants Program, visit the Foundation’s site www.tonyhawkfoundation.org. To get started on a public skatepark project of our own, visit www.publicskateparkguide.org.